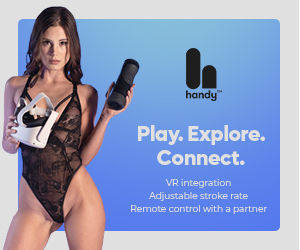 Nikki Benz Reign and MVP Fleshlight is the hot selling sex toy in the market. Read my Review with deals to buy it at best price.

The MVP Fleshlight is one that will leave you feeling like a champion. It was released on March 2016 making it among the newest and the best in the Fleshlight series. It is the pussy orifice version modeled from the hot Nikki herself. 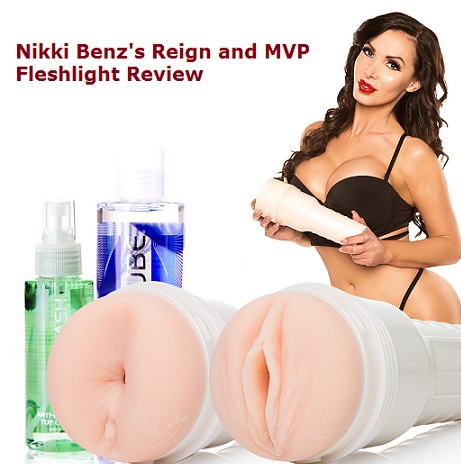 There is a section that is filled with tiny bumps at the start of the canal. The bumps give extreme stimulation such that if you are not careful, you will get off really fast. The bumps are followed by some rows of other tiny bumps separated by gaps, designed to provide a suction effect that is so powerful to enhance the sensation that is already overpowering. This sort of structure has never been seen in any other Fleshlight canal before.

The next section is cross ribbed, with 5 ribs in total. The ribs offer some tightness that is truly unbelievable. It is this section that finishes off most first timers. But that is not all, you get to encounter a large circular bumpy section after the ribs. By the time you get there, you will be already 5 to 6 inches deep with the entire length of your penis being stimulated. For those blessed with length and can go even deeper, you will feel another set of cross ribs at about 8 inches.

The canal starts with a section X that is very stimulating. The section basically is filled with x-like structures that get you to a very pleasant start. The next section is a cross-ribbed chamber with large gaps in between the ribs. This provides a suction feeling that literally sucks the fluids out of you. A tight elongated gap follows the cross ribs, spanning for close to 2 inches. Towards the end of the canal are a series of bumps that are angled just like those in the Destroya and Siren Fleshlight. 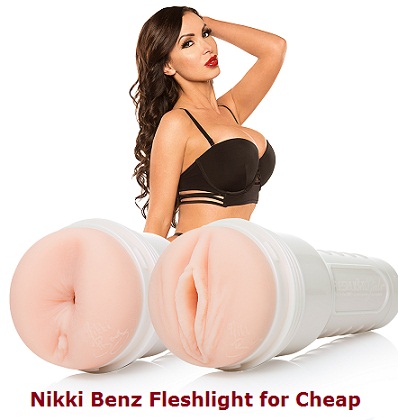 The entire canal is made to feel tight all the way, adding to the already over stimulating texture. Going on for more than three minutes will actually become a challenge with the Reign of Nikki Benz.

If you want to purchase reign or MVP texture of nikki but don’t want to spend full then you can use promo codes to but it cheap. You can purchase signature sensations, fleshwash and fleshlube water for price of $211.95 only. Regular price is $241.80. MVP and Reign is available at price of $98. 00 each.

If you are existing user and want to buy just sleeve then you can take benefit of buy 2 and get one free offer. No need to use any special lotus coupons here.

Why you should buy the Nikki Benz Fleshlight?

If you want to know more about promotional offers and coupon codes or upcoming model then you can post your comments here.